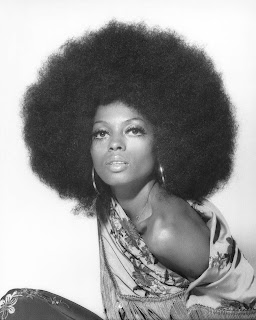 Diana Ross Biography
Diana Ernestine Earle Ross (born March 26, 1944) is an American singer, songwriter, actress and record producer. Born and raised in Detroit, she rose to fame as a founding member and lead singer of the vocal group The Supremes, which, during the 1960s, became Motown's most successful act and is to this day America's most successful vocal group as well as one of the world's best-selling girl groups of all time.

As part of the Supremes, Ross most notably rivaled the career of The Beatles in worldwide popularity, and her success made it possible for future African American R&B and soul acts to find mainstream success. The group set a record scoring twelve number-one hit singles on the Billboard Hot 100 including the hits "Where Did Our Love Go", "Baby Love", "Come See About Me", "Stop! In the Name of Love", "You Can't Hurry Love", "You Keep Me Hangin' On", "Love Child" and "Someday We'll Be Together".

Following her departure from the Supremes in 1970, Ross released her debut solo album, Diana Ross, which contained the hits "Reach Out and Touch (Somebody's Hand)" and the number-one hit "Ain't No Mountain High Enough". She released the album Touch Me in the Morning in 1973. Its title track reached number 1, becoming her second solo hit. By 1975, the Mahogany soundtrack included her 3rd number-one hit "Theme from Mahogany (Do You Know Where You're Going To)". Her 1976 album Diana Ross included her fourth number-one hit "Love Hangover". In 1979, Ross released the album The Boss. Her 1980 album Diana which reached number 2 on the Billboard albums chart and spawned the number-one hit "Upside Down" and the international hit "I'm Coming Out". After leaving Motown, Ross achieved her sixth and final number-one hit with the duet "Endless Love".

Ross also ventured into acting, with a Golden Globe Award and Academy Award nominated performance in Lady Sings the Blues (1972). She also starred in two other feature films, Mahogany (1975) and the The Wiz (1978); later acting included roles in the television films Out of Darkness (1994), for which she also was nominated for a Golden Globe Award, and Double Platinum (1999). 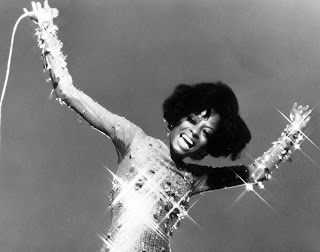 Beside ventures in Broadway, Ross was named the "Female Entertainer of the Century" by Billboard magazine. In 1993, the Guinness Book of World Records declared Ross the most successful female music artist in history due to her success in the United States and United Kingdom for having more hits than any female artist in the charts with a career total of 70 hit singles with her work with the Supremes and as a solo artist. Ross has sold more than 140 million records worldwide when her releases with the Supremes and as a solo artist are tallied.

In 1988, Ross was inducted to the Rock and Roll Hall of Fame as member of the Supremes alongside Mary Wilson and Florence Ballard. She is the recipient of the Kennedy Center Honors in 2007. She is a 12-time Grammy nominee, later becoming the recipient of her only Grammy Award to date by being honored the Grammy Lifetime Achievement Award in 2012. Source : Wikipedia
Facebook : https://www.facebook.com/DianaRoss
Website :  www.dianaross.com 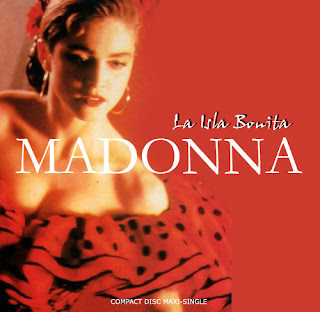 Madonna Louise Ciccone (born August 16, 1958) is an American singer, songwriter, actress, and businesswoman. She achieved popularity by pushing the boundaries of lyrical content in mainstream popular music and imagery in her music videos, which became a fixture on MTV.

Madonna is known for reinventing both her music and image, and for maintaining her autonomy within the recording industry. Music critics have acclaimed her musical productions which have also been known to induce controversy. Often referred to as the "Queen of Pop", she is cited as an influence among other artists around the world.

Born in Bay City, Michigan, Madonna attended the University of Michigan School of Music, Theatre & Dance before moving to New York City to pursue a career in modern dance. After performing in the music groups Breakfast Club and Emmy, she signed with Sire Records (an auxiliary label of Warner Bros. Records) in 1982 and released her self-titled debut album the following year. She followed it with a series of commercially successful albums, including the Grammy Award winners Ray of Light (1998) and Confessions on a Dance Floor (2005). Throughout her career, she has written and produced most of her songs, with many of them reaching number one on the record charts, including "Like a Virgin", "Into the Groove", La Lsla Bonita  "Papa Don't Preach", "Like a Prayer", "Vogue", "Frozen", "Music", "Hung Up", and "4 Minutes".

Madonna's popularity was further enhanced by her film roles; she won a Golden Globe Award for Best Actress for Evita (1996) while most of her other films have been panned by critics. Her other ventures include fashion design, writing children's books, and filmmaking. She has been acclaimed as a businesswoman, particularly after she founded entertainment company Maverick (including the label Maverick Records) in 1992 as a joint venture with Time Warner. In 2007 she signed an unprecedented US $120 million 360 deal with Live Nation.

Madonna has sold more than 300 million records worldwide and is recognized as the best-selling female recording artist of all time by Guinness World Records. According to the Recording Industry Association of America (RIAA), she is the best-selling female rock artist of the 20th century and the second best-selling female artist in the United States, with 64.5 million certified albums. Billboard ranked her at number two, behind only The Beatles, on the Billboard Hot 100 All-Time Top Artists, making her the most successful solo artist in the history of American singles chart. The magazine also declared her as the top-touring female artist of all time. She became one of the five founding members of the UK Music Hall of Fame and was inducted into the Rock and Roll Hall of Fame in her first year of eligibility.


Advertisement: Get 1,000,000 free traffic, Build your own cash empire, Real translator wanted, Earning without cost, Free Traffic, Click here to earn, shorter is better, How to make $$ During Your Vacation ? Get Free Tips Here. $5,000 a week just from bed You might also like:


Advertisement: Get 1,000,000 free traffic, Build your own cash empire, Real translator wanted, Earning without cost, Free Traffic, Click here to earn, shorter is better, How to make $$ During Your Vacation ? Get Free Tips Here. $5,000 a week just from bed

Copy and WIN : http://ow.ly/KNICZ
Advertisement: Get 1,000,000 free traffic, Build your own cash empire, Real translator wanted, Earning without cost, Free Traffic, Click here to earn, shorter is better, How to make $$ During Your Vacation ? Get Free Tips Here. $5,000 a week just from bed

Copy and WIN : http://ow.ly/KNICZ
Advertisement: Get 1,000,000 free traffic, Build your own cash empire, Real translator wanted, Earning without cost, Free Traffic, Click here to earn, shorter is better, How to make $$ During Your Vacation ? Get Free Tips Here. $5,000 a week just from bed

All video, lyrics just for personal entertainment only. Any loses and damage cause by information from this blog is your responsibility.

get this widget here